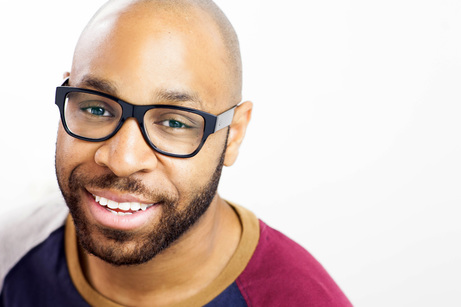 Born and raised in The Bronx, Ugo Chukwu started acting at a young age.  He received formal training in the BFA program at CUNY Brooklyn College.  After finishing the 3 year acting program, Chukwu landed a regional gig performing in the Cherry Orchard and Tempest (in rep), taking part in the NYC Fringe Festival and was featured in a production of Take Me Out, all while wrapping up his last year of school.


After officially graduating from Brooklyn College, Chukwu became a member of the Bats at The Flea Theater for close to two years.  As a Bat, he was featured in world premieres of new plays as well as the NYC premiere of Sean Graney's "These Seven Sicknesses" directed by Ed Sylvanus Iskandar who received a Drama Desk nomination for his work.  Chukwu's work with The Flea also involved workshops and readings of new plays in the city as well as regionally.  During his time as a Bat, Ugo also became an ensemble member of the downtown theater troupe, The Amoralists, working on the world premiere of "The Bad and The Better", their first off-broadway show written by Derek Ahonen and directed by Daniel Aukin.


After leaving The Flea, Ugo has been performing with reputable companies such as LaMama, The Wild Project, Incubator Arts, Walkerspace, Target Margin, New Federal Theatre, and Pregones Theater in his hometown of the Bronx, taking part in readings and workshops with The New Group, Hook & Eye Theater, and Yale University.